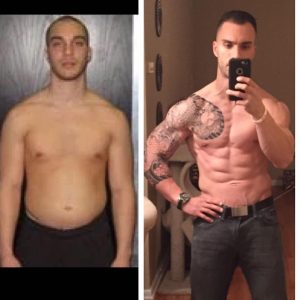 The number one mistake people make when trying to get lean is going super light for high reps.

For some reason, people think that in order to shed body fat they have to do nothing but 50 reps sets in a circuit-like fashion. What inevitably happens when training in this manner, is you become weaker and lose all of that muscle you’ve worked so hard for.

Not only does this suck from a strength and even an aesthetic standpoint, but it also sucks for your primary goal… fat loss.

So although you can certainly lose scale weight when training in this manner you certainly aren’t losing all body fat. You’re actually losing a significant amount of muscle too, which, based on what I just said, will slow down your metabolic rate, making it more difficult to lose body fat.

Ever notice that you can lose a decent amount of fat, but then hit a plateau you can’t seem to get past? Atrophy is a common reason why you’re stuck.

For the same reason, you have to be sure not to cut out too many calories. If you deprive yourself of nutrients (fats and carbohydrates are usually most often neglected) you will also lose muscle mass, which will lead to a skinnier, weaker, frustrated you.

So here’s what you do…

Focus on getting bigger and stronger when you’re in the gym. No need to do those silly circuits and dance around with a piss light weight for two hours. 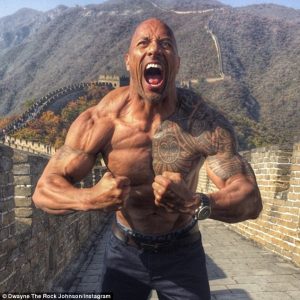 Instead, use big compound movements and get stronger on them. Record the weight you used and the reps you accomplished in a journal. I can’t stress how important that is for your overall progress.

You don’t have to only train super heavy for low reps of 1-5. Work in higher rep strength sets of 6-8, especially if you’re older and beat up. Feel free to throw some higher volume in and get stronger in hypertrophy rep ranges of 8-12, or even 15-20 for some of the bigger lifts. However if you’re a raw beginner I don’t recommend going above 12 for the sake of your technique. If you’re not yet strong enough to maintain integrity of your form then the fatigue from a higher rep set will only make that worse.

I typically like to start my training session with a thorough dynamic warm-up which includes a series of bodyweight exercises and then follow that up with some kind of jump, throw or sprint to really fire up my central nervous system.

These days I’ll begin with a primer movement to activate the musculature and joints being trained that day, prior to my main lift. This can be a bodyweight exercise or some type of light cable, band or dumbbell work. If you haven’t checked out Dr. John Rusin’s stuff, then I highly recommend you do ASAP!

After that I’ll hit my big lift, which is usually a press, squat, or deadlift variation for the most part. This is where I’ll focus on lower reps of somewhere between 3-7. The goal is to get stronger week by week, not fail at attempts. Use a weight that’s hard but manageable and progress slowly. The last thing you want to do is go for a rep and miss it, so leave your ego at home.

Then I’ll move on to my accessory work where I’ll typically work in hypertrophy sets of anywhere between 8-12 or even 15-20, depending on the exercise. Usually I’ll superset upper back stuff to make sure I’m getting twice as much pulling as I am pressing. Otherwise I’m usually alternating between agonist and antagonist muscle groups. During these sets my goal is to progressively get stronger and use heavier weights in higher rep ranges, but of course that’s with good technique! 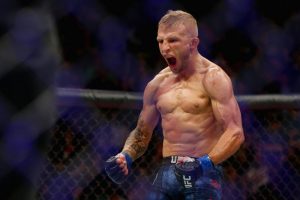 To finish off the day I’ll usually do some arms (it’s the Jersey in me), abs or neck work. If I’m doing direct arm work it’s usually for sets of anywhere between 8-12. Abs I train with higher reps usually, as well as my neck for sets of 20-25. 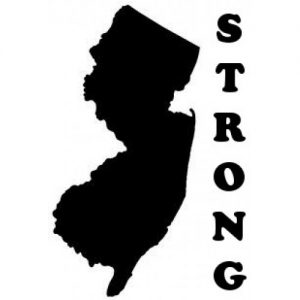 Occasionally I’ll throw in some finishers for conditioning, like 5 sets of 30 seconds of burpees, but I usually get enough conditioning in on my days off of the gym,

I’ll finish off the day with some light flexibility stuff and I’m out of there in 60 minutes.

The most important thing to remember is that your goal should be to get stronger and pack on more lean muscle mass. Just not at the expense of an injury so be smart about what you do.

Eat real food until your satisfied, not stuffed and drink at least half of your bodyweight of purified water in ounces per day. Cut out all crap and cheat meals for at least 8 weeks when striving for fat loss.

Once you’re dialed in on all areas you WILL lose more fat than ever before. I guarantee it.

It’s up to you to put in the work.